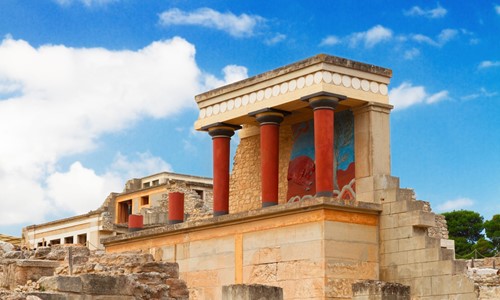 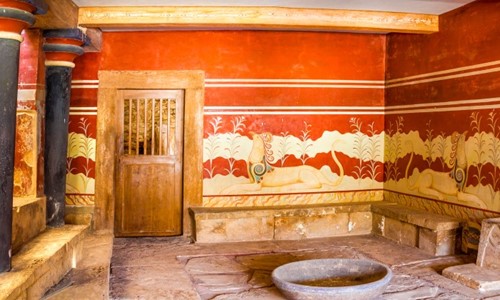 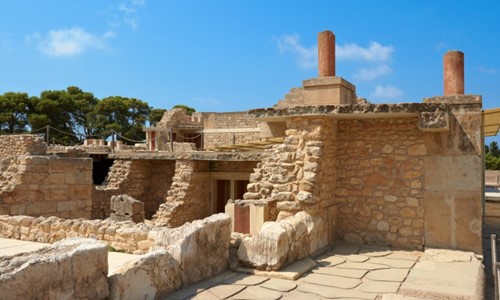 Knossos is the most famous Minoan Palace of Crete and is located only 5 km southeast of Heraklion in the valley of the river Kairatos. During the Minoan times, the river Kairatos flowed all year around and the area around Knossos was covered in oaks and cypress trees. Nowadays, the majority of the trees are olive oils.

The remains of the palace that we see today come from the second Minoan Palace. The first palace was built around 7000 BC during the Neolithic Period but was destroyed around 1700 BC. After that it was rebuilt but it was definitely destroyed in 1700 BC. Knossos was the seat of the famous and important King Minos and was the main center of power of Crete.